A 7-Month Sabbatical: Dentists in Kathmandu (4/5) 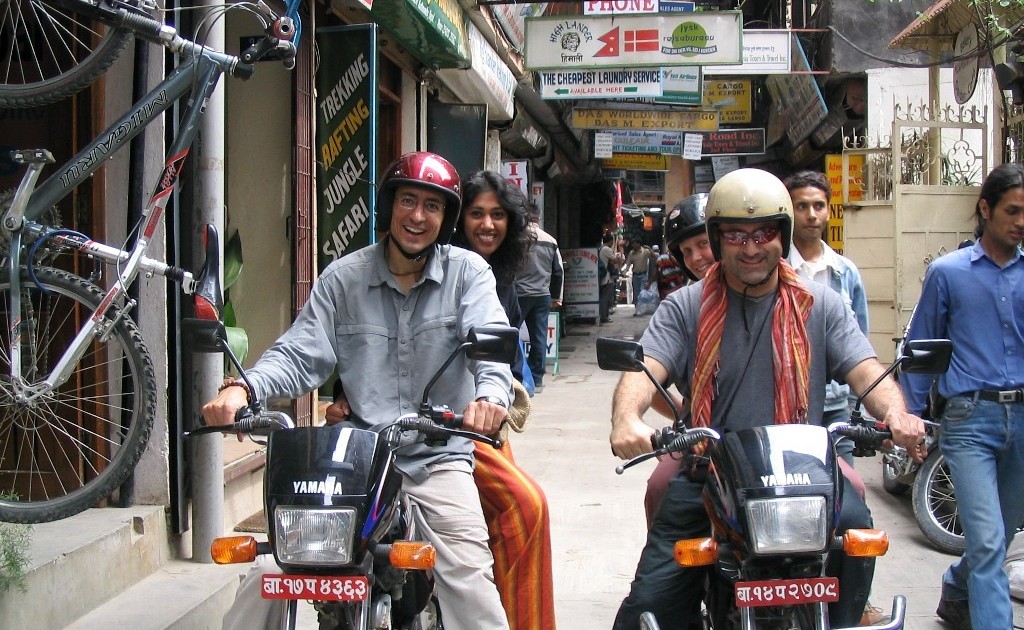 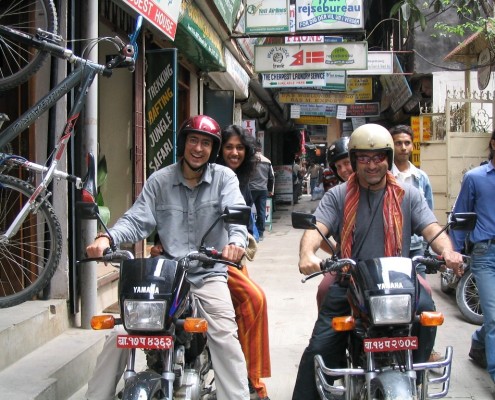 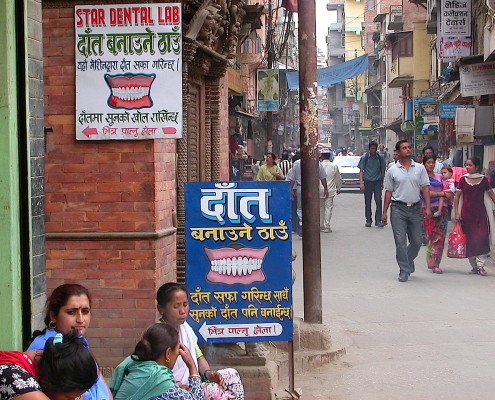 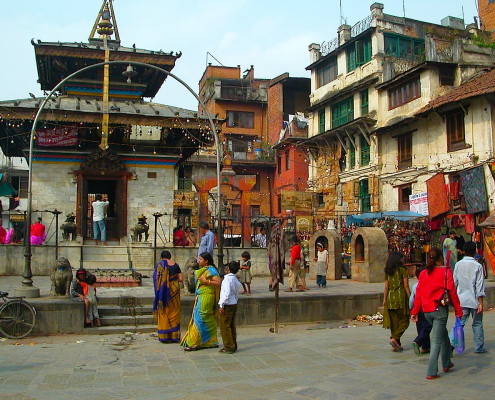 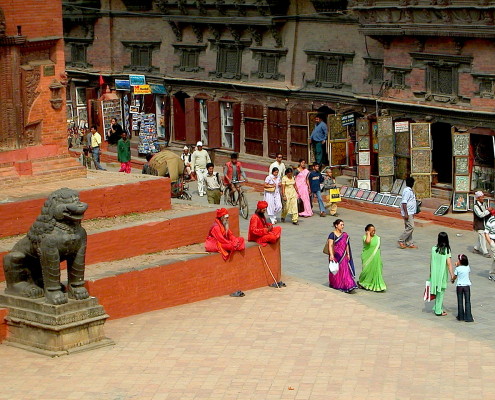 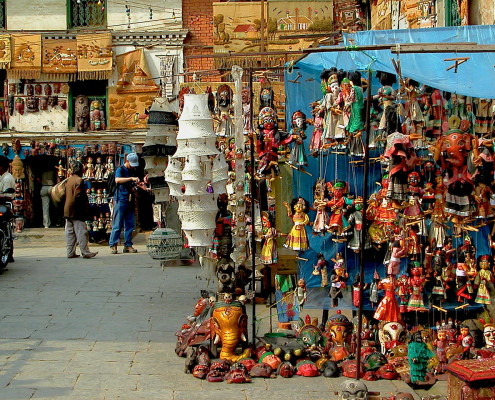 Everything about the last nine days in India was working to prepare me to enjoy Thamel, the tourist area in Kathmandu. In nine days, Emily and I toured around Delhi, Agra, Fatehpur Sikri, Jaipur, Pushkar, and Udaipur. We stayed in five different hotels, visited forts and maharaja palaces, rode an elephant, shopped, shaved our head (me) and got henna on our hands (her), parted seas (á la Moses) of street peddlers and guides, and had Sprite and biscuits as well as rice pulao and falafel in some of the shadiest “restaurants” known to man. All in temperatures averaging 35°C. On the last day we took a flight from Udaipur to Delhi, and from there I jumped on a plane to Kathmandu while she took the flight to Sydney.

After these nine pretty intense days, its was hard not to really like the Thamel. “Freak Street”, the favorite area of KMD for the flower-children in the 60’s has now moved to Thamel, which is chockfull of services catering to tourists. The place is full of stores, bookshops, restaurants, bars, clubs, sidewalk cafés, travel agents, extreme-sports gear shops, Internet cafés, massage parlors, other “massage” parlors, yoga centers, and guest houses and hotels. Overall, the atmosphere is much more laid back than most places in India, and is a little reminiscent of McLeod Ganj. It also helps that on average, its almost 10 degrees cooler.

Caroline, a Lebanese friend-of-a-friend who owns and runs with her Nepali husband one of the bars in Thamel told me that there are a lot fewer tourists these days than there used to be. Hard to believe- there didn’t seem to be a lack of them on the streets..The reason of course is the recent bout of bombings and demonstrations that have taken place in the city and elsewhere in the country as a result of the continued struggle between the government and Maoist rebels, and which had made international news headlines over the past few weeks. When I asked her about the bombs, she laughed them off, saying that to anyone who grew up in Lebanon, these bombs were a joke- that they were no more than small explosives in glass containers, meant more to create havoc and scare people than to cause real harm or damage…..With that reassurance, I set out to explore the city.

Asal Chowk, one of the main squares where six different roads come together, could be the poster-square of how different reality is from a map. On my sterile Lonely Planet map, the square almost looks cute. The reality is exactly what an explosion of six hyper-busy bazaars coming together would look like. The whole area is full of temples dedicated to all sorts of gods and goddesses, but one in particular just off the square is dedicated to the god of toothache prevention, where if you hammer a nail, you’ve guaranteed yourself strong, healthy teeth. But in case you forget to do that, the area is teeming with dental clinics and street dentists, all advertising themselves with big signs sporting drawings of huge, shining white teeth in healthy pink gums. You can’t go wrong, all the teeth in the drawings look frighteningly perfect.

A long, long, long time ago when I used to live in Boston, someone sent me an email with one of those animations that you’re supposed to stare at for a minute or so and wait for a surprise; eventually a ghost or something appears from the dot you were staring at to scare you. I had a similar experience at one of the other shrines. This was one of the most visited shrines in the KMD Valley, housing the image of its protector. As I stood outside the shrine looking at the white statue inside, all covered with flower necklaces and surrounded by offerings and candles, a huge rat suddenly emerges from behind the shoulder of the statue and leans over its chest to start nibbling at some of the flower buds….I am not making this up. Clearly, I was the only one fascinated by this turn of events, as the women actually inside the shrine and tending to the offerings seemed quite oblivious to it.

There are many bookshops in the tourist ghettos in all the places I have been to so far, and they all surprisingly have extensive collections. Aside from the expected books on yoga, meditation, kamasutra, Hinduism, Buddhism, and every possible novel that has “India”, “Everest”, or “Mango” in its name, Paulo Coelho seems especially present pretty much everywhere- maybe that’s not so surprising given the nature of his writings and the overall environment here. Another favorite is Salman Rushdie. But one of the most popular books that surprised me, and which every third westerner was reading both here and in India was Michael Moore’s “Dude, Where Is My Country?” Yes, this is decidedly a pro-choice crowd. The “State of the Indian Subcontinent” is definitely voting Democrat in November.

Speaking of politics, one of the numerous street peddlers approached me trying to sell a scarf. Every time someone tries to sell you something on the streets over here, they try to give it some higher symbolic meaning, whether it’s a statue of the Buddha or plain tiger balm, and this innocent-looking scarf was apparently no different. In the middle of the scarf was a big, American flag. Surrounding it were about forty other flags of other countries, significantly smaller in size. The guy asked me which of them was the flag of my country, and I said it wasn’t there. Undeterred, he informed me that I should still buy the scarf since it represented America’s dominance over the world…

I have a few more days in KMD before I begin my ten day retreat. Last week, I was emailed the daily schedule. Some of you know that I have a hard time waking up even at 8:30 to get to work, so needless to say, receiving this schedule was a little traumatic. I don’t even find a slot on the schedule that said “check email” so that’s an added cause for concern. But it will definitely be an interesting experience, and will probably give me more than enough material to fill my next update.

Until then, stay well, and I’ll talk to you after I’ve been transformed…

A 7-Month Sabbatical: Meditating and Trekking (5/5)