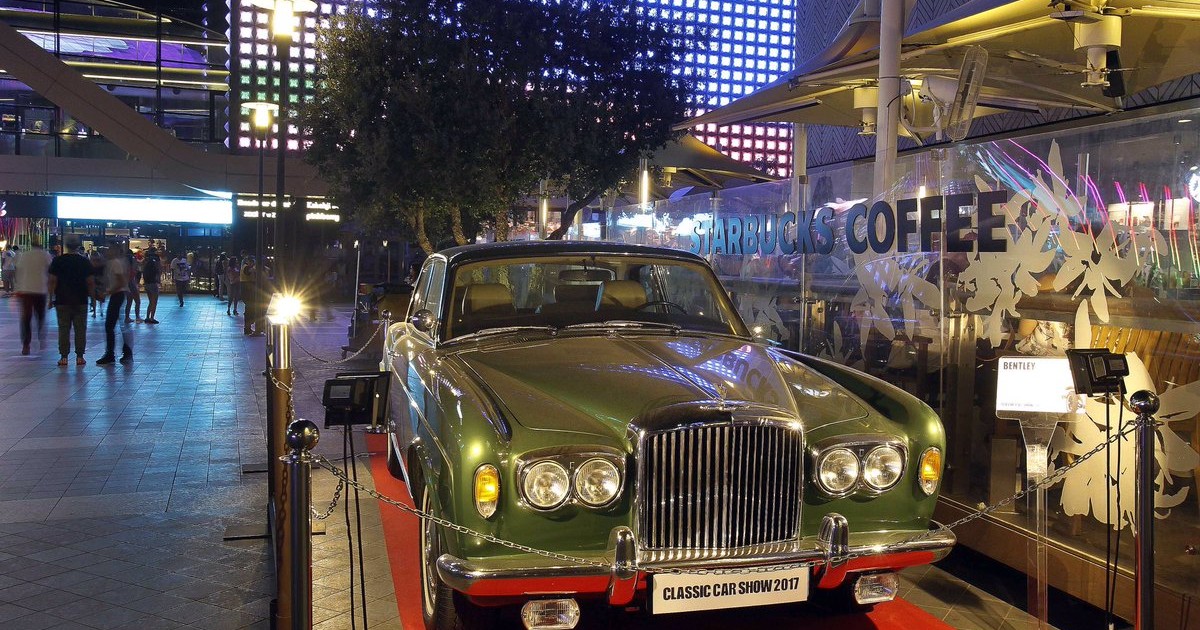 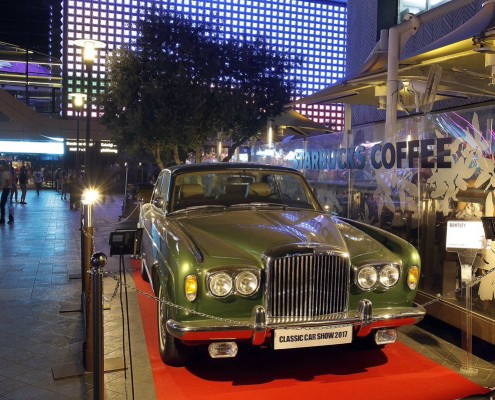 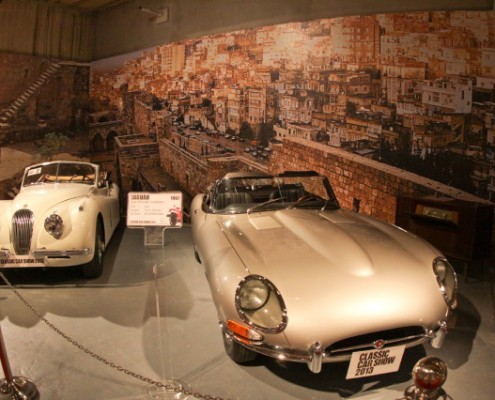 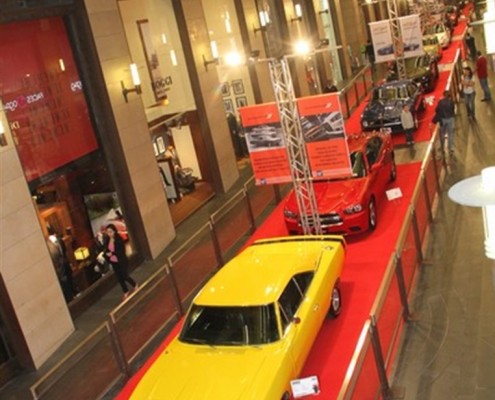 Last month while walking with a friend around the Beirut Souks, we came across an exhibition of gorgeous, shiny vintage cars spread all over the area, sometimes displayed with the current model of the same brands.

With their shiny metallic tones and polished chrome detailing reflecting the spotlights, they were a spectacular sight. One could not help but slow down at one after the other to appreciate the incredible talent and top-notch craftsmanship that went into making such beautiful things. It was, one felt, a testament to human achievement. It made you feel good in the way good art makes you feel good, and at the same time a little jealous that not even one of them was yours.

We also noticed of course the price tags on some of them that were for sale. Not surprisingly, some figures were running into the hundreds of thousands of dollars.

And there was the dilemma. It’s not that we were shocked at the prices, because naturally we were aware of the overall range of prices for vintage and luxury cars. And on the one hand, these were clearly gorgeous pieces of art that one could argue were well worth the price, if one could afford it. Not only that, in a backwards sort of logic, it felt that there was a need for people who could afford to buy these to exist, in order for them to be made and in order for the world to have such beauty and design in it! Beautiful well made art, in any form, is uplifting and a pleasure to be around and experience, and if rich people are an important part of that equation, somehow like the Medicis of Florence were for example, then so be it.

But on the other hand, we were in Beirut, and in the middle of the conversation about tax increases, the more evident difficulties faced by almost everyone to make ends meet, people not affording healthcare, the disappearance of the middle class…which I suppose with the current state of affairs in the world is the same concern and conversation that are happening in many places. But add to the mix in Beirut the enormous burden and suffering of the almost 2 million Syrian refugees living in Lebanon, with their stories of lost futures and struggle for basic survival, and these beautiful cars suddenly take the form of an impertinent, almost immoral slap in the face…the thought is nagging and cannot be avoided. How can it be OK and morally acceptable for someone to be able to afford to spend hundreds of thousands of dollars on one car, when that amount would save hundreds of people and get them out of extreme suffering?

There are for sure both religious and economic arguments that support this division, but they all reek of trying to justify what feels, in the guts, intuitively wrong. Religion likes to say God has his infinite wisdom and gets to decide who has money and who doesn’t, and who are we to argue with that! The self-deluding religious argument can go as far as saying those suffering are suffering for a reason that only God knows and in the end it is for their own good (!!!). The economic theories of pure capitalism and “each man makes as much as her or she is hard working” and all that BS are too painful for me to even begin discussing..but in general, I think the whole world is slowly coming to the realization that pure free markets and capitalism will never close the gap between rich and poor, but in fact are only making it bigger. And this of course relates to the bigger conversation about the no longer acceptable disparity in wealth distribution around the world.

But let’s keep things simple and at the level of these beautiful cars. I personally love beautiful things and reasonable luxury. I take great joy in beautiful art, well designed architecture, smart design, in addition to luxurious pampering services such as 4-handed full body massages with essential oils that I think should be a human right

But when does it all get to be unacceptable? Is it ok to be getting a massage, let alone a luxury car, when someone next door cannot afford a meal?

Where does one draw the line? For starters, there is a difference between reasonable luxury and tasteless ostentatious decadence that is only meant to show off wealth (and we have no shortage of this in Lebanon). And I think we all intuitively know the latter when we see it. We do need beautiful things, pampering experiences, and art that feeds the soul. But we equally as much need systemic compassion, a much much smaller sense of entitlement and inflated egos, and a much more equitable distribution of resources.

How do we proceed to address this? Should there be a limit beyond which it is not allowed to be “richer” unless everyone else has a life providing minimum human dignity? In more developed societies, putting higher taxes on the richer brackets has attempted to solve this problem, with mixed results depending on the efficiency of government services, and still overall falling very short of normalising disparity even within a country, let alone across the world. But in corrupt countries like ours where governments are completely failing in serving the needs of the less fortunate whose numbers are on the rise, how do we solve this moral dilemma? How does one make peace with enjoying luxury and beautiful things, and not having any feelings of guilt?

Some rich people lessen their feelings of guilt by pretending to live a “normal, middle to upper middle class” lifestyle, and by convincing themselves and others they are morally good, hard working, and donating enough to charity and philanthropic causes. But clearly this is highly subjective. As one recent New York Times article I happened to come across while writing this post said, the conversation should not really be at the individual level, and at discussing the moral worth of rich individuals- i.e. whether they are good enough or have worked hard enough to earn all their wealth. This detracts from the problem. The issue, the article argues, should be about the “moral worth of particular social arrangements” as a whole; that is, striving for a society where  it was not OK for excessive disparities in wealth and living standards to exist, no matter if the rich individuals in that society were morally good and nice!

The solution is clearly not an easy one and requires radical shifts in systems of governance and education, as well as an increase in the overall sense of social responsibility. Clearly it is not about advocating a communist system, but at the same time this current system that allows such extreme inequality in the distribution of wealth and resources cannot continue. It will take time for ideas to mature and for formal systems to be implemented, but until then, what can begin to happen now, at the informal grassroots level? Here are some initial random ideas that first come to mind, even though there are plenty more. But they all go beyond the superficial lip service often paid when talking about such issues and require a real sense of commitment and conviction.

I’m sure with some focused innovative thinking more ideas will come up. And I’m sure some of you are cringing at some of these ideas- if you are, I would invite you to examine why. Most of all, if you have ideas of your own, I would love to hear about them, please share.