Philippino guides like to tell you the Philippines is made up of 7103 islands at high tide. This is true of course, and I suspect there are thousands of islands that are more beautiful and virgin than the four I got to visit with a group of friends over our recent vacation there during the holidays. The ones we visited, in addition to Metro Manila, are Palawan, Cebu, Bohol, and Boracay, and they are well known on the tourist circuit. It’s not that they are bad to visit; on the contrary, they each offer beautiful natural spots and sites, including on Palawan the Underground River, one of the new seven natural wonders of the world. But at the same time, Palawan has for three years been given the title of the “Most Beautiful Island in the World” by Conde Nast and Travel & Leisure; this in itself is a red flag that the island is now a major destination for mass tourism, and one should be very careful of the choice of places to stay and tours to sign up to.

The number of the islands and the size of some of them makes planning a trip rather tricky- wanting to cover too much immediately implies lots of time spent on various methods of transportation (planes, buses, ferry boats, motor boats, canoes!..) and therefore less time to relax and enjoy the beautiful spots; going to fewer places on the other hand might make you feel like you have not seen enough of a destination that you have spent hours to get to (unless you’re living in the immediate vicinity). Here are some pics: 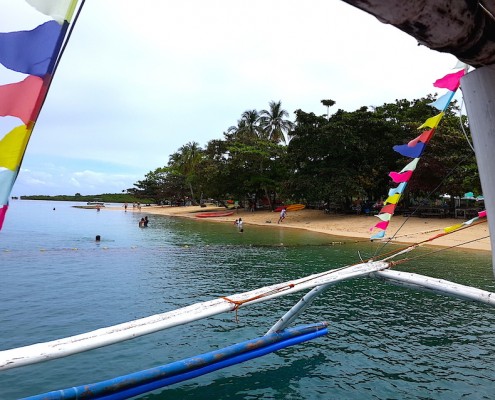 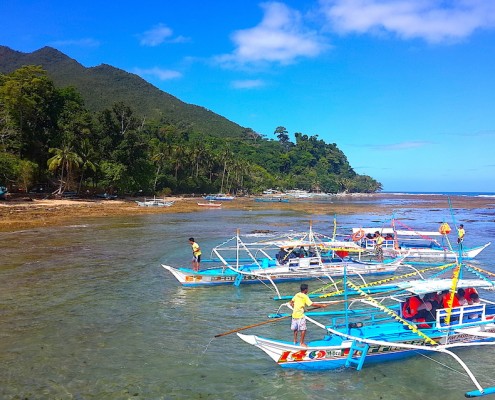 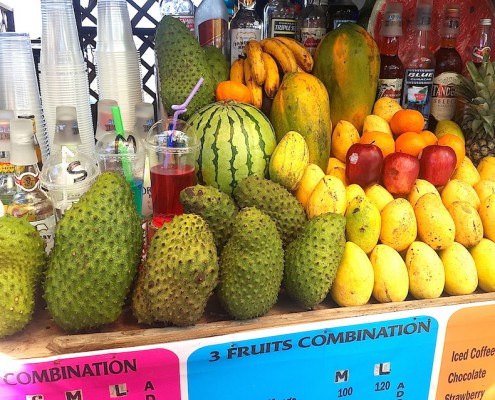 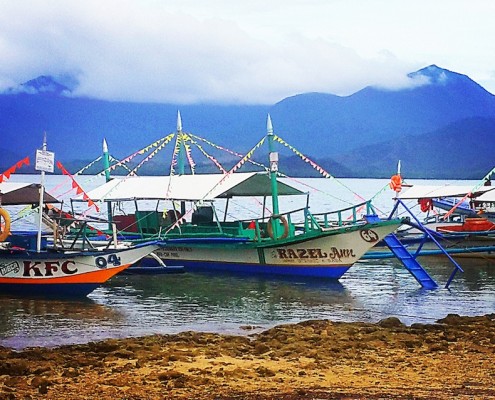 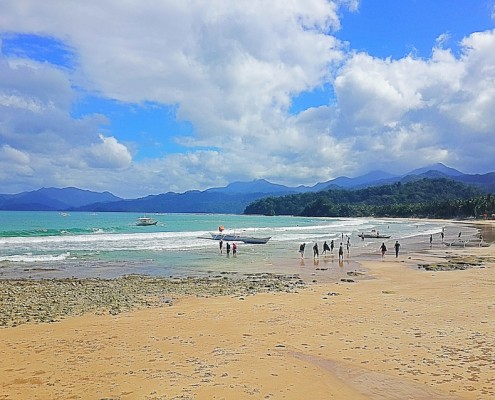 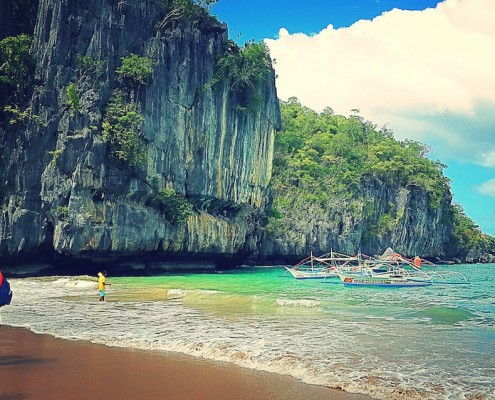 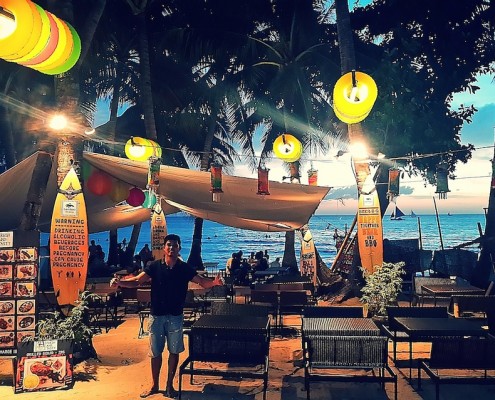 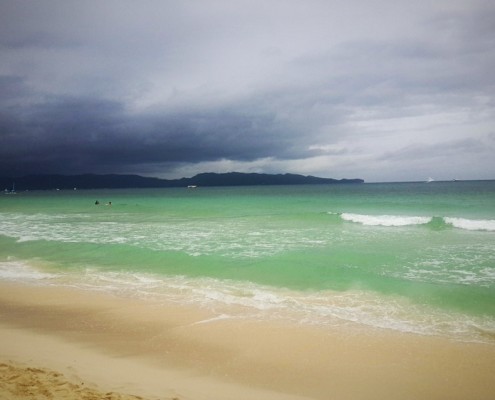 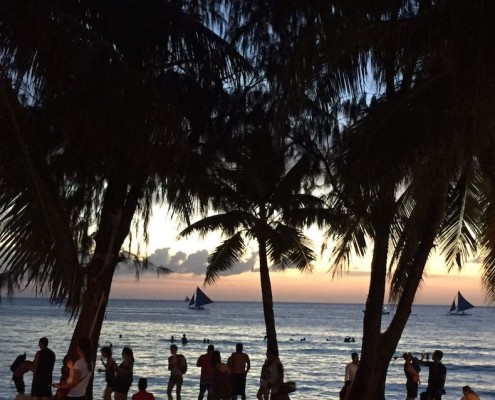 In any case, the purpose of this post is not to detail our itinerary but to discuss one thing that struck me in particular, and that is the remarkable ability of whoever is handling the tourism sector development strategy to create interesting stops along the way to far-off highlights. These serve a dual purpose: breaking up the long distance to the major points of interest, but also benefitting the small local communities. After a rather long day of travel involving several modes of transportation to reach the famous Chocolate Hills on the island of Bohol, and then spending there just half an hour that was enough to take in the view and snap a few pics, one of my fellow travellers remarked that “they are really good at making something out of nothing” and that she might have preferred to spend the day relaxing in the sun on the beach in our resort hotel

This could be a valid, if extreme, statement. One could put a positive spin on the experience and say that instead of having to spend and entire day just to take a look at the Chocolate Hills and come back, the organizers and local community developers whoever they are, managed to create various stops along the way that added interest and at the same time gave us a feeling of satisfaction as it was clear the local poor communities were also benefiting.

That day started with a 2-hour ferryboat ride from Cebu island to Bohol island. Interestingly as we waited for the ferry, I managed to get an excellent and cheap back rub from a masseur who turned out to be blind (I had not noticed when the massage first started). He was a member of a cohort of blind and disabled individuals offering professional massages, mani-pedis, and live music to the waiting passengers. We were all left quite appreciative of the effort that was done to allow this group to earn some income.

After arriving on Bohol, we were taken to a sanctuary to see the Philippine Tarsiers, peculiar small primates that are night-creatures and that must have provided the inspiration for Gollum in the LOTR… The sanctuary was manned by local guides who showed us around and pointed the animals out, and also had small stands where locals were selling trinkets and organic products.

We continued on to a river cruise where we were served lunch while enjoying the picturesque surroundings until we reached a wooden shack on the side of the river where locals dressed in traditional gear were waiting to play music and dance for us, in return for buying local trinkets and optionally contributing to a donation box. We eventually continued the drive and finally reached our main objective, the Chocolate Hills of Bohol, so named because the natural formations resemble gigantic Hershey’s Kisses scattered in the landscape.

While none of these stops alone, and one might even push it and say the Chocolate Hills included, is worth on its own the long trip, the combination of stops and cumulative experience, coupled most importantly with the easy going non-invasive manner of the locals, make for a pleasant day where tourism was clearly benefiting the local population. The locals themselves expressed their gratitude for the tourists several times, which was also appreciated.

Here are some pics from that day: 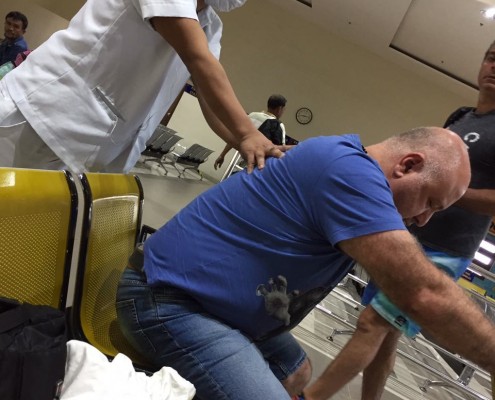 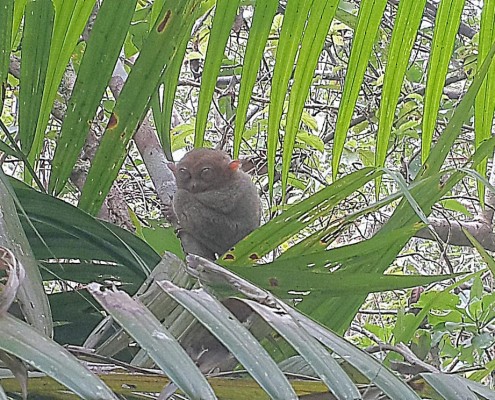 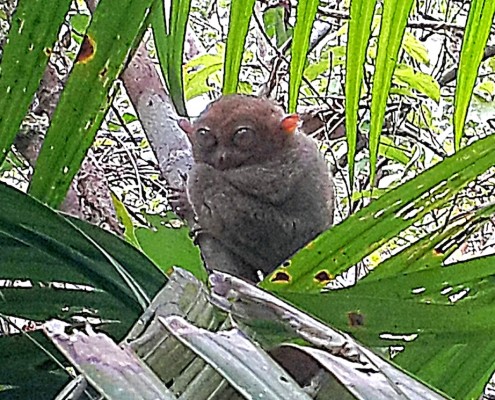 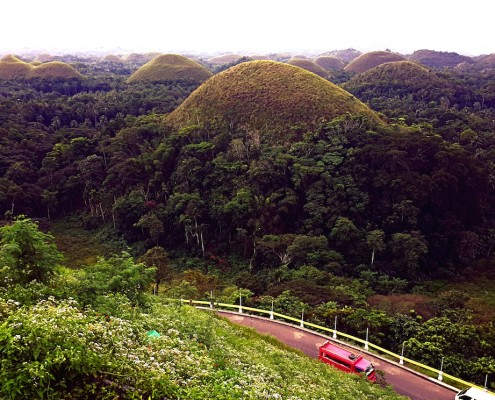 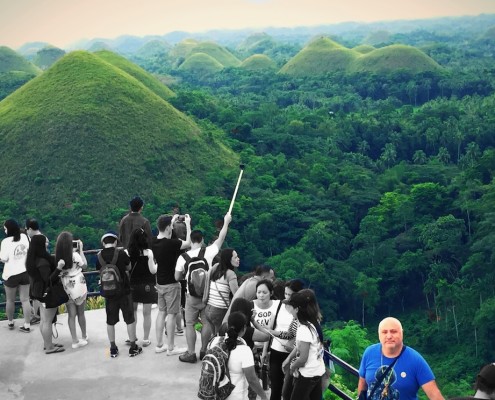 Two others side tours we came across are also good examples of small, eco-friendly, sustainable, and revenue generating tourism activities that benefit local communities. The first is a boat tour of the very impressive mangrove forest that tourists can take while waiting for their turn to get on the boat that will take them to the entrance of the famous Puerto Princeza Subterranean River, or simply the Underground River. The mangrove tour is conducted by a group of locals who are members of a co-operative. They have been trained on how to care for the forest and how to conduct informative tours for visitors, thereby increasing their income while providing a very interesting experience.

The second tour, which turned out to be possibly the absolute highlight of the trip, is the firefly watching tour in Palawan. Again, it is conducted by a group of locals trained on how to manage the flow of visitors but also on how to make the actual experience mesmerizing. I dubbed this “The Harry Potter Tour” for its magical feel. We board a small narrow canoe that is steered by our guide on a wide river surrounded on both sides by thick forests in pitch darkness where the only light is the amazingly star-lit sky. Slowly as the tour proceeds in total silence, we start noticing the glowing lights in some of the trees. Our guide points his special flashlight at some of them, and it immediately lights up as the fireflies react to the light that hit them. As if that were not enough, the water of the river if infested with planktons; this means that if you drag a stick (your magic wand?) or your hand in the water, the water comes alive immediately with shimmering silvery light. Magic in the sky, trees, and water! This by far was one of the most impressive things we did on our trip. Unfortunately it is very hard to capture good photos; the two pics of the fireflies and planktons below are from the Internet, just to give the feeling: 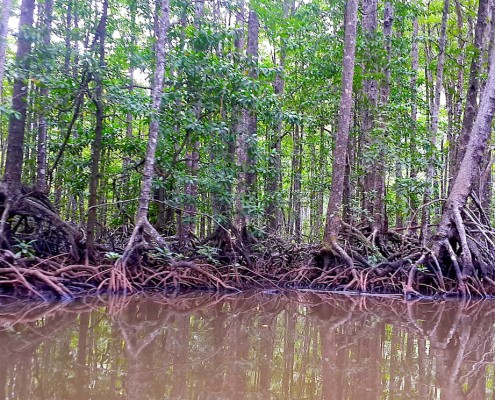 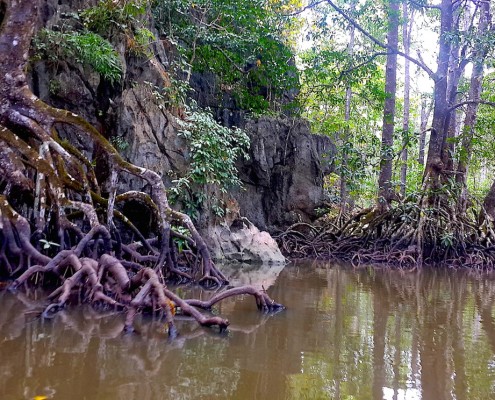 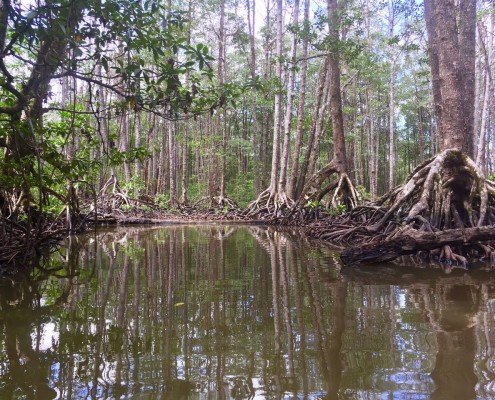 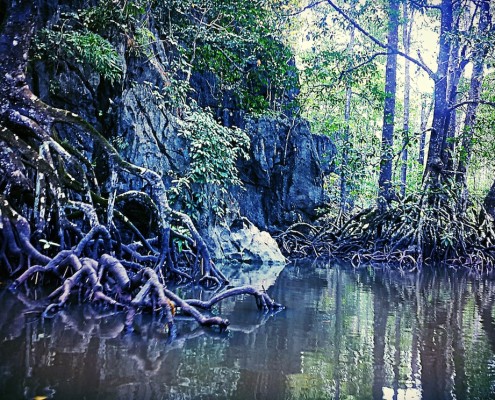 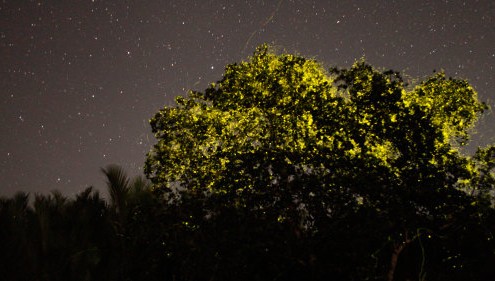 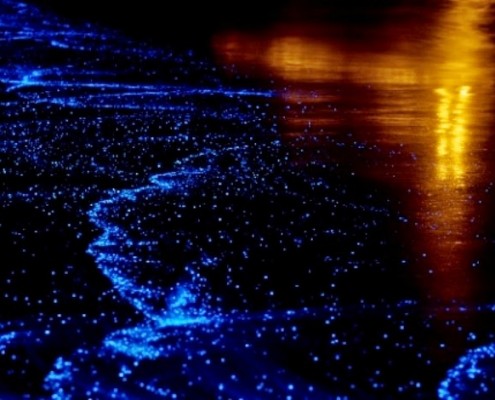 One of the most remarkable things about the Philippino people that we encountered as visitors to their country is their extreme politeness, kindness, and innate sense of service-with-a-smile hospitality. They are easy going people who in general are very appreciative of the opportunities that tourists are providing, and strive in return to provide as pleasant and complete a service as they can, each in his or her area no matter how small. In addition, their respect for nature and everything old is heart-warming: we learned that any college graduate is asked to plant 10 trees as a graduation requirement; we also learned that in the rural areas, people ask permission whether verbally or by honking their car horns to pass infront of an old bridge or tree, so as not to disturb the old spirits living there. Loved that.

In summary, the Philippines is a great country to visit, but the experience would be greatly enhanced by careful pre-planning of destinations and degree and quality of transportation between them. The trick is to discard the standard tourist itineraries, go to some of the less easily accessible spots, and balance enough things to see with enough time to relax and enjoy the natural beauty.