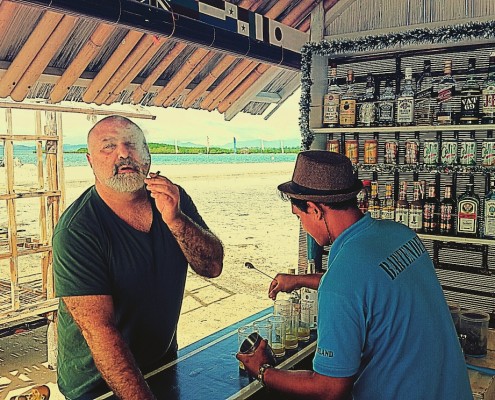 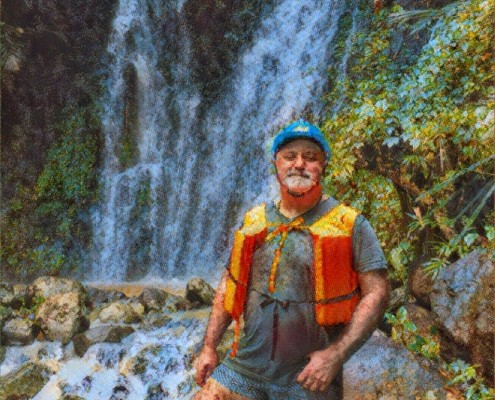 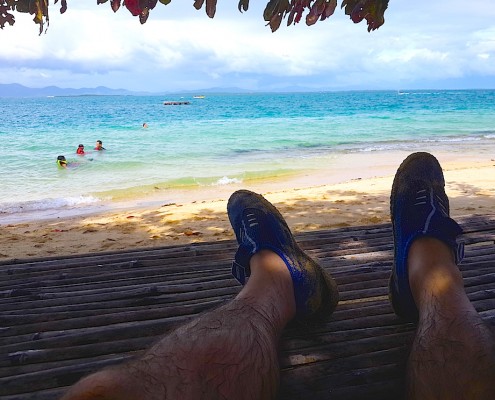 As I contemplated in the last few days the upcoming long flight that was going to take me and a  group of good friends on December 30th to Manila for a holiday in the Philippines, I thought being trapped on a flight for so many hours would be a good opportunity to finally take some time to reflect on the past year and think about the year to come.

As I settle now on the flight, flip open my laptop, and begin trying to write, I find that the ideas are too many and too unorganized, and even contradictory. I do not have a specific issue I want to talk about, so I decide to let the stream of thoughts that has been nagging in the back of my head burst out, in the hope they will lead to something coherent. And if not, it will be an opportunity to release them for future elaboration, and relieve my brain ahead of this holiday.

Coming out of 2016 feels like coming out of a battlefield. I suspect the feeling is shared by many others: the feeling of a warrior happy to have come out alive, and looking forward to, hoping for (perhaps naively), a less cruel and violent 2017. But at this point the scars and bruises of battle are still feeling heavy, and one feels there is a need to hide and nurture body and soul before facing the new year.

I wonder if this feeling of heaviness is shared by other people around the world? Or are we who live in the Middle East and are in the immediate proximity of some of the most horrific events that have happened these past few years more prone to feeling it? Do other people feel the same heaviness, but perhaps for other reasons? Or are they happily, lightly going on with their ordered lives, in a manner that has become completely alien to us over here? Maybe this seemingly civilised existence that we sometimes eye with some envy is in fact a cover for a banal, overly-ordered, increasingly robotic life that brings its own version of heaviness, and kills the spirit in its own way?

Or perhaps it is not an issue of where you are in the world, but of how sensitive or not you are to the disasters we are witnessing; how sensitive or not you are to this apparent collapse of any institutions, value systems, international law, and even common human compassion that we thought civilisation and previous experiences have given us. Because there are indeed people, even right here, who go on with their lives only concerned with their immediate personal circle of concerns, totally unaffected and unmoved by anything beyond what matters directly to them. Ignorance is bliss; I am slightly jealous…

In the end, it doesn’t matter…seems I am stuck, along with a few others that I like to commiserate with, with the worst combo: over-sensitivity to humanitarian issues, while living in the middle of the region that experiences the worst violations. Not fun. Potentially a recipe for a gloomy and depressing existence!

As if all that is not bad enough, we lost several artistic and cultural icons in 2016 that for people my age defined our formative years growing up. In addition, we have reached that stage in life where we have started to hear more and more of the passing of people we have known, some of whom are pretty close to us. Not only that, but we have also started to think that we need to let go of people with whom we shared a lot once, simply because we have outgrown the relationship. With every such piece of news and realization, it feels like a part of us has fallen off, died. There is this feeling that we have now more to lose than to gain. Wow. Aren’t those all such uplifting thoughts?

And yet ironically, on a personal level, 2016 has actually been a remarkably good year for me! My work projects have grown in number and have become more interesting and satisfying. I have managed to fulfil a lifelong fantasy of spending two summer months in a beautiful spot in the Lebanese mountains. I have traveled to interesting destinations, and have met a handful of new interesting people. New friendships developed, some older ones deepened. Two or three meaningful connections have grown out of the multitude of random sexual encounters and have given me a nice bubbly feeling. (Can’t mention the “L” word, it is still scary). Even at this very moment, I am aware of how lucky I am to be able to afford a business class seat while on my way to some island-hopping fun in an exotic destination. Most importantly, I am in good health!

I am aware and vey grateful of all the blessings I have been given. And I know full well that I live a better life than probably more than 95% of people on this planet! I do not want to jinx it, and even writing about it now feels uncomfortable.

So why this nagging and increasing inability to feel pure joy even while one is cognizant of the many blessings? Is it wrong to focus on the personal and ignore the general? Are we by default less able to feel joyful as we grow older? Is our increased awareness of the meaninglessness of life directly proportional to our inability to enjoy it fully? Shouldn’t it be the reverse? Shouldn’t it be that the more we realise how temporary, meaningless, and impermanent everything is, the more we are able to be light, worry-free, and more joyful?

Why is it so difficult to just focus on the immediate personal concerns and ignore everything else? Am I wanting too much? Being over-sensitive? Too spoilt? Or is it just a matter of identifying and focusing on the specifics of what brings you joy?

It is often said that one should identify what one loves to do and what one hates to do, then do more of the first and less of the second. Seems a pretty straightforward formula. I do that to a large extent already. Is that the answer? Should I be more spiritual? Should I be more frequently in love? Should I teach myself to accept that other humans have their own fate and focus more intently on mine??

With all these questions in mind, I will close the laptop, recline my seat, put on the headset, and try to come up with a plan for 2017. A few more hours of this flight to go…

48 Hours Later: Happy New Year! A few hours after arriving in Manila, we celebrated the new year at a fun party in various venues around our old-style grand hotel, including the dropping on our heads of hundreds of balloons at midnight. We took precarious small river canoes the next morning to see the Pagsanjan falls and braved high tides and rapids following last week’s typhoon. And this morning we took a short domestic flight into the paradise that is Palawan, and checked into a beautiful resort hotel and spa where I am now quickly writing this update before posting. Throughout this time, I had been thinking in the back of my head about the questions above and I am beginning to formulate an answer, or a plan, that it not necessarily new but with renewed purpose. Will write more about it soon, but for now I am off to enjoy this lovely island and its pleasures. We can still enjoy it seems, even with some nagging in the back of our heads. But the plan is coming

If you have any thoughts on what to do to increase our sense of joy, any formulas, recipes, suggestions, please share. And in the meantime, wishing you all a 2017 that will bring you to the exact place you wish to be.