In Friendship, these things are more important than shared interests and fun! 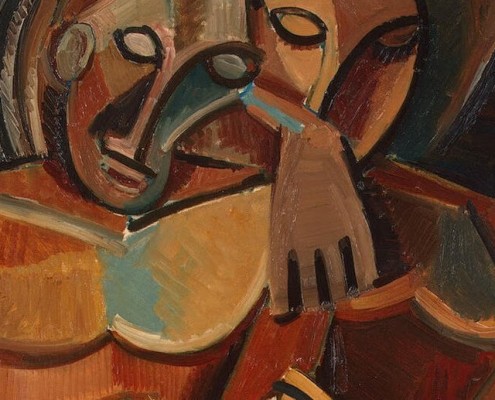 As we progress in life, one of two things tend to happen when we think of “friends” and “friendship”. In all cases, most people as they grow older favor quality of friends over quantity. Clearly when we are younger our filtering mechanisms are more lenient, our desire for expanding networks and being a part of everything is much bigger, and we therefore accumulate dozens, sometimes hundreds, of people along the way who we loosely refer to as “friends”.

But in later stages, I find that one of two things happen when thinking of “friends”. For some, the concept of “friendship” is not really something they actively think about; they just hang out with whoever happens to be in their immediate circle by default due to habit or convenience. They probably think there are far more important concerns and troubles in life than to be worried about who we call our friends. Since we do not judge anyone on this blog, we will not judge this group either

And in fact maybe that brings more peace of mind anyway, even if of the numb type. If you fall in this category, then this post is probably not for you.

For the other group, who they choose to call friends is not something they take lightly or leave to pure circumstance. They are usually aware of the limited free time available and of the value that interacting with the right people adds to their lives, and so they are more conscious of the idea of “friends” and “friendship”.

Throughout the past 10 days, I happened to have several occasions to  discuss “friendship” and also to experience some incidents firsthand, and that has led me to take notice of this issue. The suprising heightened sensitivity I experienced in relation to it made me think there must be some lesson to be learned.

It started with a personal disappointing experience about 10 days ago that led one evening to an intense conversation about what friendship means on the balcony of my mountain apartment. (Having some wine helped the conversation flow). Following that, I heard a couple of friends explain to me in detail why they decided to let go a couple of other friends with whom they were quite close at some point. Then another friend shared with me another personal story of disappointment. And finally my birthday came and that led to a series of mini-experiences some of which left me very happy and others slightly annoyed, which in turn led to some more thinking about why I was reacting the way I was. (If you are one of the people concerned with some of these incidents, you will recognize yourself; I hope you are amused

These events concentrated in a short period of time led me to think about what constitutes friendship. Separating mere acquaintances from friends seems a relatively easy thing to do; but the question was how de we separate friends from real friends? This is not so obvious; we might be tricked into thinking that friends with whom we spend more time are the real friends; further thinking made this less certain though.

It appears to me on initial thought that we think close friends are the ones with whom we share similar interests and values, and are able to also share good times and accumulate shared experiences over time. This would have probably been my off-the-cuff answer if someone had asked me that question even last week. But I am now realizing that having common interests and sharing some good times is sort of first, maybe second, base for any sort of friendship. It is hard to really call someone a friend if we have significant differences in our value system, no common interests, and/or with whom we cannot enjoy ourselves.

After taking a second pass at it, I am now convinced (at least for this week

) that the real filters are “respect” and “effort”. Respecting your friends (of course that doesn’t mean being polite in the social sense; what’s meant is respect in the real deeper sense) and acting accordingly; respecting their choices, their time, their privacy, their likes, and certainly not taking the relationship for granted. Equally importantly, this means not giving any significance to what others might think of this friendship or how it reflects on the image one would like to project.

Making an effort happens in context, but basically it means making the effort and prioritizing your friends over others, giving them sufficient time and attention, and being there when needed, in good and bad. In other words, “actions speak louder than words”. This applies even across long-distance friendships that can easily fade if not nurtured regularly.

And why does this matter? Because first, it helps you identify those that really matter and focus valuable time, effort, and emotional energy on them instead of wasting it on the wrong people; it helps you see through the clutter of having lots of regular friends, and helps you decide when and for whom you should be paying attention and prioritizing, and when you can move on. And second, it saves you from the disappointment and uneasy feelings that happen when your expectations are not met, or when you give more than you have received- for isn’t that the definition of bad relationships that we all want to avoid?

Use the filter of “respect” and “effort” when thinking about some of your current friends. You might be surprised. I have done that (in my mind for now) in the past week, and in the process lost or downgraded some friends and gained new ones. It could be quite a fun game actually.

Post Note: Very coincidentally, as I am writing this post and scrolling through my FB feed, I see this quote (attributed to Khalil Gibran but I could not verify that) that someone posted; it very eloquently summarises what I have wasted a whole page trying to explain:

“Caring is more important the Love…and if I were to choose between a person who loves me and another who cares for me, I would choose the one who captivates me with his care and attention; for what use is loving without caring?”

The Passage of Time…and How To Fight Back!

Two-minute thoughts on what Trump means for you!