Do we really need all the stages of the Path of the Sufi? 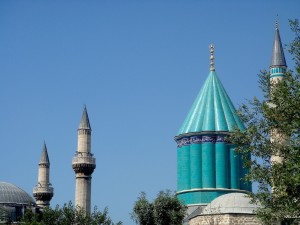 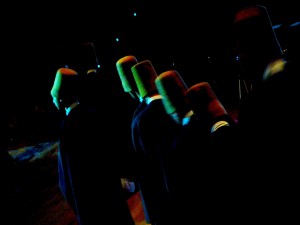 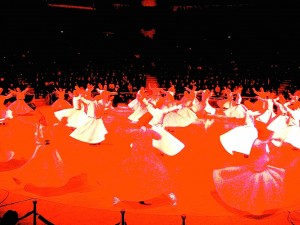 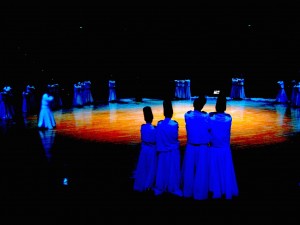 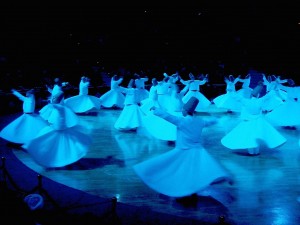 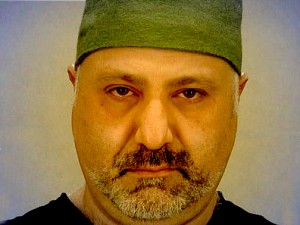 My encounter with Sheikh Nazim, which I described in last week’s post, was a simple but profound encounter. It demonstrated how those who have achieved true wisdom can rise above all the rituals and bindings of religion as a man-made institution, and go to the heart and essence of all spirituality that is common to all. As Sheikh Nazim said, whatever flavor your choose does not matter as long as you are on a path.

That encounter initially re-enforced my then-nascent interest in Sufism as a way to reconcile the concepts I had connected with in Buddhist philosophy with my Islamic cultural heritage- which was not by any means strong but still was what I was born into. I did not however get a real chance to dig any further into it, and within a few years I had anyway outgrown this grey area of feeling like I need to compromise, and had become comfortable as I said before in making up my own cocktail of spiritual beliefs regardless of where they came from. But when seven years later an opportunity came to visit Konya with some friends, it was a great opportunity to discover more about Sufism even if more out of a general interest in all spiritual traditions rather than a need to reconcile with my own religion.

Konya is the heart of Sufism and in the heart of Anatolia in Turkey. It the place where the most famous mystic Sufi poet Mawlana Jalaluddin Mohammad Rumi lived and taught for a large part of his life, and he is also buried in the city. It is where his intense relationship with Shams of Tabriz played out, recently made famous in popular culture by the book “The Forty Rules of Love” (I hear a feature film starring Di Caprio as Rumi is also in the making!). Since the Mawlawi order of the whirling derviches was founded by his son based on Rumi’s writings, Konya is also the site of many of these spiritual performances.

My group of friends and I chose to visit Konya in December, and maybe that was the main mistake. Every year from December 10 to 17, thousands of pilgrims descend upon Konya to celebrate the passing of Rumi and commemorate his legacy amidst the biggest whirling dervishes festival in the world. “Festival” is the right word, as the crowds in the streets and at the various events as well as the huge Sema ceremony that takes place every night make this more of a major touristic affair than a spiritual one- even if I’m sure in some corners of the city some truly spiritual practices were taking place away from the eyes of crowds. I say this to be fair to Konya, as the experience might have been totally different at a quieter time of the year.

In addition to the main Sema ceremony at night, we attended a few talks and even managed to secure an audience with Mrs Esin Chelebi Bayru, then president of the International Mevlana Foundation and the 22nd granddaughter of Rumi. In all those events I was looking for the spirit of Rumi. Maybe I was looking too hard or was expecting quick easy spiritual experiences- whatever the case, Rumi proved hard to reach even while he was so close, buried under the beautiful green-domed shrine, always within sight.

In one of the sessions, we learned that according to Sufism, the path to enlightenment involves 4 stages:

This was all great and encouraging, but of course I had to ask and argue the question with the lecturer (and my fellow travellers): does one really have to go through Stage 1 before being able to start the spiritual journey? Can’t one get a “Go Straight to Stage 2, Do Not Pass Stage 1” ticket? Do I really need to practice the rituals of religion before I can leave them behind? I was not convinced, but the lecturer was adamant: the spiritual path is grounded, rooted, in Stage 1, and it is unavoidable. I felt let down. Where was the big perspective of Sheikh Nazim or the magnificent liberating writings of Rumi??!!

Of course there could have been many reasons for this insistence, not least of which is the vicious attacks on Sufism by some mainstream Moslem religious leaders who have branded Sufis as heretics or religious outlaws, which subsequently led the masses to believe this as well. So it might in fact be a sort of self-protection for Sufis to be so adamant on having everything be rooted in mainstream Shari’a law. Maybe that’s the case, or maybe I am just finding an excuse for them to make myself feel better.

In any case, I found myself leaving Konya quite entertained and very well-fed, especially after a private evening where we were supposed to enjoy a quartet playing Sufi music and ended up dancing on the couches half an hour later!! – (but isn’t that Hedohumanism??

). But I was spiritually disappointed. In my head, it was another example of when a deeply elevating spiritual tradition preaching love and oneness with the Creator gets reduced to a few whirling derviches performances, to an institution, and to a lecturer insisting I should be praying and fasting before I can be spiritual. Of course I might be a bit harsh, and as I said before maybe the timing of the visit was not the best amongst this pilgrim frenzy, but still it does not take away from the basic premise of which I am convinced today: spiritual practices are at their best at the heart and at the source; they are the same; they are not mutually exclusive; and they can only truly be appreciated when stripped of rituals, middlemen disguised as religious men, and fake laws designed to subdue and govern rather than to bring about growth.

Freeing the Mind – An encounter with a Sufi Master – تحرير...

When should you say “Je suis Baghdad” or “Je suis Paris”?...