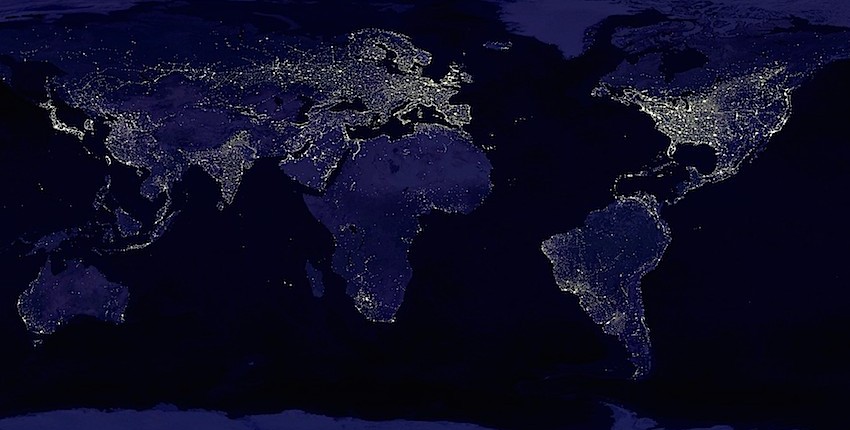 We take many things for granted, but maybe few things more than the concept of “countries” as the way to organise humanity politically. For most people, their family name, religion, and nationality (in different order for different people) are the first three things they think of when trying to define their circles of belonging. And yet strange enough, none of those three things are of our own choosing when we are born. It is fascinating then, if one were to think about it, how our heads are stuffed from the moment we are able to conceptualise ideas with the importance of idolising religion and country.

This post will probably contain a lot of questions and ideas that I will come back to sooner or later individually in subsequent posts. The topics are too complex for just one post. These questions have been ongoing in my head for many years, and I suspect the same questions are in any Hedohumanic’s head: questions about identity, the definition of home, the real circles of belonging that we would choose instead of being born into. Therefore this is a sort of therapeutic exercise; putting all the issues out there to clear the head, and then revisiting them slowly over time.

We are taught since childhood, indoctrinated really, to love our country…patriotism!! The flag!! The national anthem!! Our armed forces, who die for us (really?! For us us? Me and you?) It is not very much different from how we are taught to love our religion. Do these things really represent each of us? Do they embody the values we want to adopt? Are we really better than every other country in the world? Is there really such a thing as unconditional love to a country, which is not more than an artificial construct created much more to divide and rule us, than for our own well being?!

Are we not bullied since childhood into believing all this, to the point where most of us dare not even question the concept of blind allegiance to country in their head, let alone say it out loud? Has the psychology of fear not been used in its extreme to make us believe that without our country, we have no safety, no belonging, nowhere to go?

But is absolute blind patriotism still relevant or really the right thing? Are countries still relevant? Or are we still living in this system simply because a viable alternative system has not emerged yet? Are countries even beneficial to us as normal regular people, or beneficial only to higher power structures that feed and benefit from our allegiance to “The State”? Most states in the world have only existed for less than 100 years, and yet we think of them as having been around forever and will last forever. We forget that over time, many peoples have found themselves in different countries overnight. But just look at the map of Europe over the last 1000 years:

So where are we going?

I believe that as humanity evolves in its awareness and maturity, and this is a very long process, we will not infact become one big global village as it is popular to say these days, but rather a million villages. We will no longer feel a belonging to other human beings exclusively because they are share the same nationality, language, ethnicity, or religion, but rather because they share the same value system or maybe even just the same lifestyle.

These values-based-villages will most likely not have clear geographical boundaries like traditional villages. They will be virtual villages, which is not something so hard to imagine in today’s world of virtual reality and virtual friends. Members of different villages might still co-exist in the same city; however the main difference is that their circles of belonging are no longer to things that they were born into, but rather to the virtual villages they have chosen to adopt.

Even today this might not be so far-fetched; it’s just that our archaic systems have not evolved fast enough to keep up with our reality. Isn’t it very plausible (and is infact increasingly the case) that I might be closer as a human being in my values and lifestyle and spirituality to someone in Botswana or Sweden than to someone living in the next building??

And what if we push this a little more? What if like-minded people formed virtual countries across geographies? Countries that are not bound by physical borders like today but by some other means of defining borders that has not been invented yet? Virtual reality is already here, and how far are we really from super-fast travel at the individual scale or even eventually teleportation? We would then be able to move easily and instantaneously  from one city in our country to another city also in our country but on another continent altogether, simply by going in one teleport and existing out of another. “Beam me up, Scotty!!” And then our values-based villages will no longer even need to be limited to a physical geographic location! A village in modern-day Lebanon will be in the same country as a village in today’s Canada as well as a thousand other villages around the world, because their populations have decided they share the same values and aspirations, and want to belong to the same “country”.

Of course, there are many questions that still need to be answered. The first one might be, “How would we manage natural resources and economies across the planet”? But the fact that we don’t have an alternative system right now (even though I’m sure someone somewhere has good ideas) does not mean that the system we currently have, where we are constantly fighting over natural resources, using them unsustainably, and dividing them inequitably. After all, who is really, really benefiting from this artificial division and exploitation of resources?

Also, in a series of values-based villages, how will governance happen? How will society govern itself when a collection of values or lifestyle-based communities are physically co-located that do not declare allegiance to an overall State and its rules? Coming up with such an update system would be beneficial even today, in our increasingly multicultural countries and cities.

Another question would be, particularly for those who have lived in multiple countries and feel a belonging to multiple cultures is “How would we define “home”?”, when even today with physical countries some of us are having a hard time defining it.

A related and for me a very intriguing question is, if we believe that countries are man-made artificial entities that we are brain-washed into feeling an allegiance to, why is it that even those of us who are aware of this still do in fact love our countries? How can we reconcile that? We will leave these questions to follow-up posts in the future. (But feel free to share thoughts in the comments if you have any).

But what about now, the immediate future?

But for now, and until teleportation happens, countries go away, and we have the luxury of choosing values-based villages and countries to belong to, what do we do? What would in fact prevent us even today from forming small physical communities that are values-based, even if for the time being they have to live within the context of existing countries? What would prevent us from creating a real, physical Hedohumanic Punctured Container??